A BEAR.Sunday application transfers the state of a resource that can be represented (REST) using a script found in bootstrap/bootstrap.php.

A BEAR.Sunday app has a run order of compile, request and response.

An $app application object is created through DI and AOP configuration depending on a specified $context. An $app is made up of service objects as it’s properties that are needed to run the application such as a router or transfer etc. $app then connects these object together depending on whether it is owned by another or contains other objects. This is called an Object Graph. $app is then serialized and reused in each request and response.

An application resource request and resource object is created based on the HTTP request.

A resource object which has methods that respond to onGet, onPost etc upon request sets the code or body property of it’s own resource state.

Methods on the resource object are only for changing the resources state and have no interest in the representation itself (HTML, JSON etc).

A Renderer is injected into the resource object, then the state of resource is represented as HTML, JSON etc or however it has been configured, it is then transfered to the client. 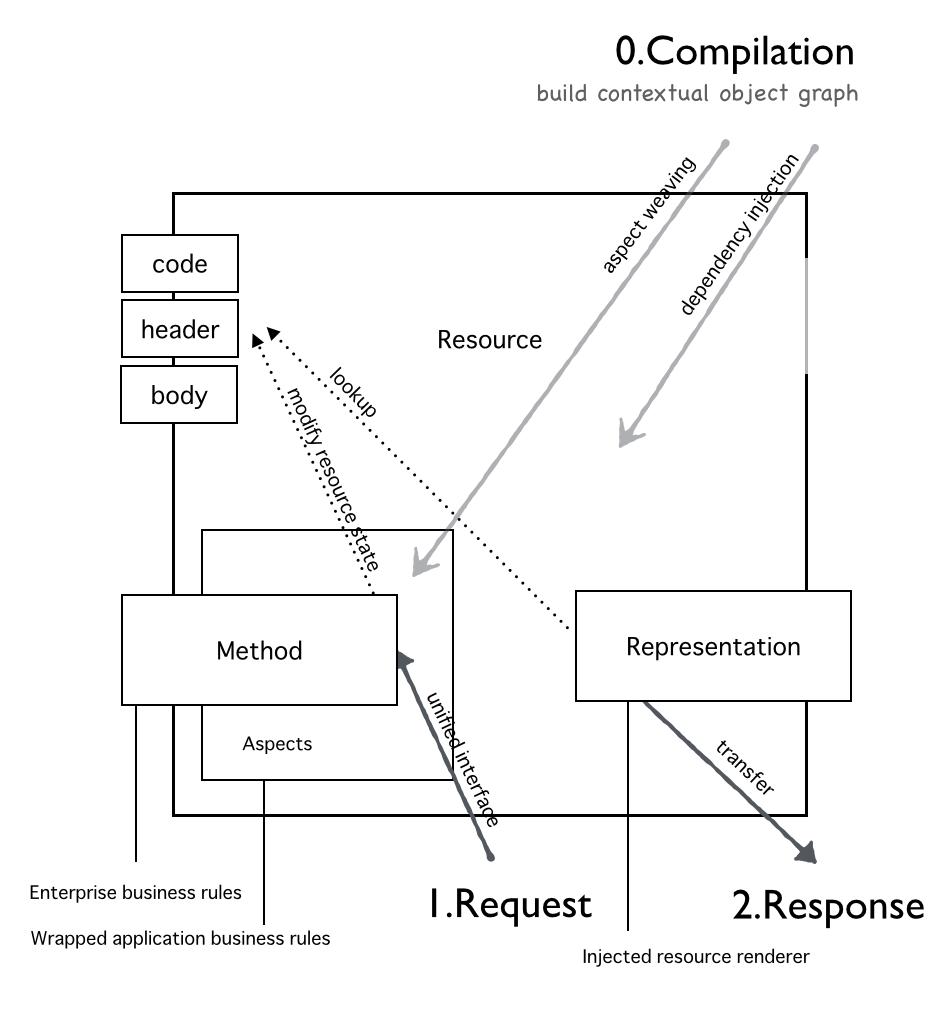 To run an application, we need just two lines of code. An entry point for a web server or console application access is usually set to public/index.php or bin/app.php. As you can see below, we need to pass an application context to bootstrap.php the application script.

Depending on your context choose a boot file.

The composition of the application object $app changes in response to the defined context, so that application behavior changes.

Depending on the defined context the building of the application object $app changes, altering the overall behavior.

There are built-in and custom contexts that can be used in an application.

You can also use a combination of these built-in contexts and add your own custom contexts.

Each application context (cli, app etc) represents a module. For example the cli context relates to a CliModule, then binds all of the DI and AOP bindings that is needed for a console application.

The values of each context will be only used when generating an object graph. It is not recommended for your application code and libraries to change their behaviour based on the context. Instead, the behavior should only change through code that is dependent on an interface and changes of dependencies by context.